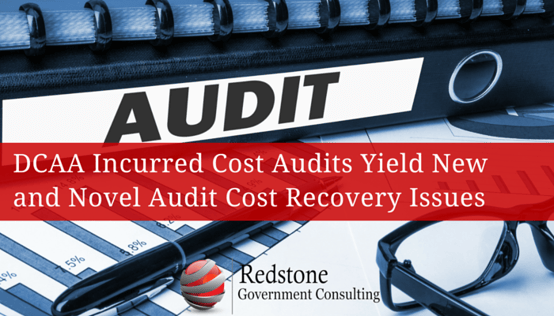 Cost-type contracts invoke FAR 52.216-7, Allowable Cost and Payment Clause, and that FAR clause requires the contractor to prepare, certify, and annually submit a final indirect cost rate proposal (ICPs).   Although the majority of these ICPs are dispositioned without any DCAA audit (DCAA’s Low Risk Sampling Policy), for those unlucky enough to be audited by DCAA, there is the thrill of receiving a draft audit report with new and novel audit assertions. Translated, cost questioned for unexpected and sometimes incomplete and/or inaccurate interpretations of the underlying FAR cost principles (FAR Part 31).

A contractor concurred with DCAA’s audit conclusion that bank penalties were unallowable under 31.205-15(a). In achieving contractor concurrence, the auditor only quoted a portion of the FAR, leaving out the part which explicitly stated that unallowable penalties are for the contractor failure to comply with federal, state, local or foreign laws or regulations (the bank penalties involved “none of the above”). From the perspective of the auditee (contractor), it pays to read the entire FAR and also to make sure that there isn’t another FAR clause, which applies and yields a different conclusion.

A “start-up” contractor accrued, but did not timely pay liabilities for subcontractor services, in this case, for out-sourced accounting and back-office support (expensed to G&A). The subcontract services were in 2010; however, the “delinquent” liabilities were not paid until 2012.   Now (2016) DCAA is auditing 2010 for purposes of establishing final indirect cost rates and asserting that the accruals were not timely paid in the ordinary course of business; hence, unallowable based upon FAR 52.216-7(b) “Reimbursing Costs”. If DCAA’s assertion prevails, we have a bit of a conundrum because the contractor won’t be able to claim the costs in any year (2010 nor 2012).   The problem, the costs benefitted cost objectives in 2010 (year accrued) and have no benefit to cost objectives in 2012 (year paid); hence, the costs do not meet the definition of allocability in 2012, but they do meet that test for 2010.   Knowing that concurring with DCAA will lead to $0 cost recovery (for costs which have not only been accrued but long since paid), the answer might be that DCAA’s FAR reference is out of context.   In 52.216-7, reimbursing costs follows invoicing costs and the two are typically associated with the interim voucher process (invoicing and reimbursing).   Further, “reimbursing” refers to “not delinquent in paying costs of contract performance”, a reference which typically applies to direct contract costs versus indirect costs which are ultimately recovered as a rate.   Lastly, one should note that “unallowable forever” applies in very rare and expressly stated situations such as 31.205-6(j)(1) for certain pension costs not funded by the tax return time (not allowable in the current year or in any subsequent year). The ultimate point to be made, the audit is for purposes of establishing final rates to be applied to future invoices, the costs benefitted the earlier year (2010) and have long since been paid.

Incentive Compensation and Distribution of Profits

In rebutting DCAA’s new and novel interpretations of FAR, one frustration is the inability to convince a DCAA auditor to consider all relevant facts and regulations. That said, all too many issues won’t be resolved until the audit report migrates to the ACO.   Optimistically, many of these issues can be favorably resolved if one presents a well-supported, accurately researched and succinct response to a competent and unbiased ACO.