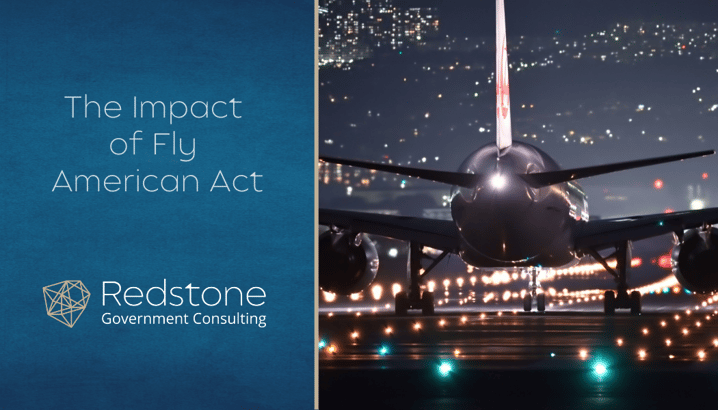 The back story on this is that for years (since 1997) the Lockheed Martin Corporate Administrative Contracting Officer (CACO) had a Memorandum of Understanding (MOU) in place with Lockheed Martin that “the FAA only applied to direct personnel performing direct work on covered contracts and did not apply to indirect personnel or indirect travel.” After years of pressure from DCAA, in 2019 the then “CACO sent Lockheed Martin a letter, stating that the government was withdrawing from the MOU because the MOU misinterpreted FAR 52.247-63.”

While we would have loved to see the ASBCA weigh in on this topic, the rules (Contracts Disputes Act) under which the ASBCA operates requires an amount to be in dispute before the ASBCA can engage. In this case, the Government had not disallowed the indirect travel costs claimed by Lockheed Martin but simply made it clear they were planning to – so the ASBCA “dismissed this appeal without prejudice to file a new appeal in the event a live dispute arises.”

So, Let’s Take a Look at What the FAR Requirements are Related to the Fly America Act

FAR 47.405 requires contracting officers to “insert the clause at 52.247-63, Preference for U.S.-Flag Air Carriers, in solicitations and contracts whenever it is possible that U.S. Government-financed international air transportation of personnel (and their personal effects) or property will occur in the performance of the contract. (Emphasis Added) In no way would most readers of the requirement interrupt it to say the contracting officer must insert the clause in all contracts – Ok, except for DCAA.

We believe a reasonable interruption is that the intent is to insert the clause into contracts where contractor employees are going to be performing the scope of work of the contract outside the U.S or the contractor is arranging for the transportation of Government personnel or property. For example, the inclusion of the clause would be when a contractor is required to place a group of its employees in a foreign country to repair and maintain U.S. military equipment. Conversely, a contract for the state side production of a product acquired by the Government to be delivered within the United States would not require the insertion of the clause. Therefore, an allowable and allocable international trip by the president of the contractor with the state-side production contract should not be required to comply with the limitations of the clause.

Even in the case where the clause is appropriately inserted in a contract, the trip of the president of the company is normally in the performance of running and managing the business overall, not in the performance of an individual contract. So, again the FAA limitations should not apply.

The FAA came into being in the 1970s. The drafters of the FAR (the FAR Council) chose to implement the requirement through a specific contract clause rather than inclusion with the FAR 31.205-46 cost principle addressing travel allowability. This implies, to us, the intent was to apply the statutory requirement to direct travel related to contract performance, not all travel incurred by a contractor.

Additionally, FAR 52.247-63(d) requires that in the event that the contractor uses a foreign-flagged air carrier for international air travel, the contractor shall include a statement on it request for payment (i.e., public voucher) “Statement of Unavailability of U.S.-Flag Air Carriers” detailing the person traveling and “a memorandum adequately explaining why service by U.S.-flag air carriers was not available, or why it was necessary to use foreign-flag air carriers” per FAR 47.403-3(a). No reasonable person would expect that a contractor with no contracts specially providing for transportation related to Government contract performance governed by FAR part 47 would have any idea such a memorandum should be included in every public voucher when an indirect employee travels for an allowable activity internationally on a foreign-flagged air carrier.

A Little More to Understand

The current federal contractor vaccine mandate has had to use the words “in connection with a covered contract” to drive the mandate to indirect employees (i.e., employees not engaged in the performance of the contract). While these are two different issues, it does help one see that the Government understands that to impact indirect employees they need to do more than simply let an audit agency interpret the intent.

Here is hoping that Lockheed Martin will take this fight back to the ASBCA once DCAA questions the cost. We believe it may take one of the large contractors to take up the fight. For most small businesses, the cost is not significant enough to warrant the potential high cost of litigation. Additionally, DoD with it expansive resources has taken to pushing the disallowance of cost and when the potential outcome does not look favorable to the Government, they drop the issue before the Board or Court can make a decision leaving them free to question the cost yet again in the future. This tale of intrigue is laid out in the L3 saga with DCMA at the ASBCA.[1]

Redstone GCI assists contractors throughout the U.S. and internationally with understanding the Government’s expectations and supporting contractor from contract award to contract closeout. We would be happy to be part of your team.