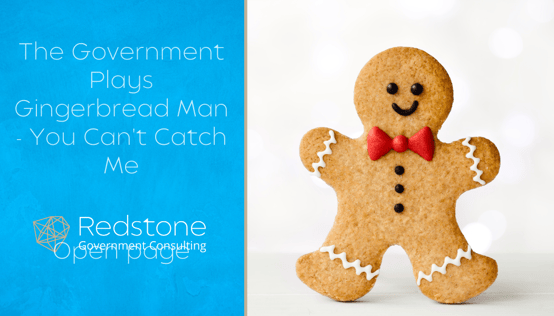 The DCAA Audit Methods and Findings at Issue Included

Ok – the Board is not likely to address the last bullet but the little we can see from our “between the lines” reading in the case write-up the Board questioned some of the very small amounts before it. Additionally, significant amounts of other cost elements questioned by DCAA were resolved between DCMA and L3. The Contracting Officer Final Determinations (COFD) were:

All related to travel cost and appliable indirect costs. All of the COFDs stated that L3 had not met their burden of proof to support the costs in question were reasonable.

The Passage of Time

It took the Government over two years to finally decide if it could not defend the appeals. The Board stated: “Ultimately, as admitted in a February 28, 2020 email from government counsel to L3’s attorney, the government decided that it could not defend these appeals. Thus, in a letter to L3’s Chief Financial Officer dated February 28, 2020, the cognizant administrative contracting officer wrote:”

A Single Point of Light in the Wilderness – One Judge Dissents

The Judge dissented because he believed the mootness exception[2] applied and until the underlying issues with DCAA and DCMA were resolved L3, and other contractors were caught in a continuing unfortunate chain of events. The Judge points out DCAA’s main FAR references as the basis to question the cost are FAR 31.201-2, Determining allowability, and FAR 31.201-3, Determining reasonableness.

The Judge acknowledged that due to the voluminous amount of contractor data, “DCAA must use statistical analysis to perform its audits and reach its conclusions.” The Judge went on to note that DCAA has its own statistical tool called “EZ-Quant” that it uses to select a sample based on criteria and then audit the sample to determine the questioned costs in the sample, then “extrapolate” the questioned costs in the sample to the remaining costs to arrive at its conclusions on total unallowable costs. The Judge also points out that there had been “similar audit disputes between L3 and DCAA/DCMA from 2006 through 2018.” “These disputes all followed a similar path: DCAA conducts Audits challenging costs, DCMA issues COFDs implementing the DCAA Audits and demanding repayment of the challenged costs, L3 appeals the COFDs to the Board and DCMA either withdraws the COFDs or the parties settle for a nuisance amount resulting in dismissal of the appeals with prejudice.” Underlying all of this is DCAA continuing to question the same types of costs for the same reasons, and DCAA continued use of the same statistical sampling methods.

The Exception to Mootness

The Judge stated: “At the risk of stating the obvious, this repetitive cycle of DCAA Audits challenging costs, DCMA COFDs demanding repayment of the challenged costs, L3’s ASBCA appeals and DCMA’s dismissals without reaching the merits is untenable. The root cause of why DCMA first adopts DCAA’s audit results and then abandons the audits after an appeal is filed is unclear.” The way we see things, DCAA and DCMA would prefer to go on record as challenging as much of the contractor’s claimed costs as they can (keeps outsight groups off their backs) and let the Government get a settlement of some of the cost or at least cherry pick the likely winning cases. The Judge believed that if there was ever the “right circumstance” to apply the mootness exception it was this case, as the Government set up the “capable of repetition, yet evading review”[3] situation. The Judge sighted the historical record of the Government actions between 2006 and 2018 as an “ineffectual cycle” “of DCAA audits finding unallowable costs prompting DCMA final decisions demanding repayment, L3 appealing to the ASBCA and ultimately DCMA abandoning the DCAA audits leaving L3 without resolution of its defenses.”

The Burden of Proof

So, What Have We Learned?

The Gingerbread Man (in our case the Government) will continue to run away from any case it likely will loss – let the cherry picking continue. Thus the cycle continues until the fox (in this case a contractor) gets a chance to take a bite out of the Gingerbread Man.

We believe this is driven by the concept of “reasonableness” being a subjective determination which most DCAA auditor would not touch with a ten-foot pole – Audit Standards prefer objective criteria. Administrative Contracting Officer are gun shy of pushing back on anything DCAA reports. And Government attorney are just fine with a settlement.

Redstone GCI assists contractors throughout the U.S. and internationally with understanding the Government’s expectations and supporting contractor from contract award to contract closeout. We would be happy to be part of your team.

[1] ASBCA Case Nos. 62123, 62267, and 62268, brought by L3 challenging the disallowance of other incurred costs by the government resting in part on similar statistical extrapolation, remain pending before the Board, but stayed pending the outcome of the present appeals.

[2] The Supreme Court in Kingdomware Technologies, Inc. v. United States, 136 S. Ct. 1969 (2016) summed up the exception: “[T]his Court’s precedents recognize an exception to the mootness doctrine for a controversy that is “‘capable of repetition, yet evading review.’” Spencer v. Kemna, 523 U.S. 1, 17, 118 S.Ct. 978, 140 L.Ed.2d 43 (1998). That exception applies “only in exceptional situations,” where (1) “the challenged action [is] in its duration too short to be fully litigated prior to cessation or expiration,” and (2) “there [is] a reasonable expectation that the same complaining party [will] be subject to the same action again.” Ibid. (internal quotation marks omitted; brackets in original).

[3] “capable of repetition, yet evading review” being the underlying concept to the mootness exception. 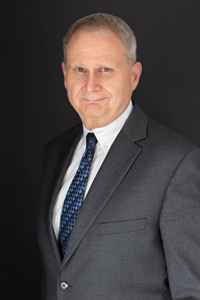