So, What is “Added Value” or “Excessive Pass-through Charge?”

Added value is where the Contractor performs subcontract management functions that the Contracting Officer determines are a benefit to the Government.

What is the Requirement and are There Exceptions?

For DoD effort, the government/prime contractor includes the FAR solicitation provision 52.215-22 Limitations on Pass-Through Charges – Identification of Subcontract Effort and Contract clause FAR 52.215-23 Limitations on Pass-Through Charges when the contract value exceeds the threshold for obtaining certified cost or pricing data. The exceptions to the requirement are as follows:

If an exception does not apply and a proposal includes 70% or more of subcontract effort, an adequate description of the added value you will perform related to the work performed by the subcontractor must be included in the proposal. Some examples of functions that may be performed include processing orders of parts or services, maintaining inventory, reducing delivery lead times, managing multiple sources for contract requirements, coordinating deliveries, and quality assurance functions.

If an adequate description is not provided, it is likely that DCAA or the government will deem the proposal inadequate as well as classify the applicable indirect costs and profit/fee unallowable under FAR 31.203(i).

The written notification to the Contracting Officer must identify the revised cost of the subcontract/lower tier subcontract effort and include verification that the contractor/subcontractor provided added value. You may wonder how the government determines the 70% was met. DCAA reviews for excessive pass-through costs by determining if subcontract costs exceeding 70 percent during a final voucher review or based on Schedule of Direct Costs by Contract/Subcontract and Indirect Expense Applied at Claimed Rates, Schedule H of the incurred cost submission. DCAA will notify the contracting officer and request they obtain a description of added value effort from the contractor if the threshold was exceeded. Even if DCAA performs a low risk assessment memo, they can still notify the contracting officer and have them request that contractors provide a description of added value if the subcontract costs in Schedule H that exceed 70 percent.

If DCAA finds that actual subcontract costs exceed 70 percent in a final voucher or Schedule H and the contract contained the FAR 52.215-23 Alternate 1 clause, they will confirm that the “added value” functions included in the proposal were performed.

If DCAA considers the description of added value to be considered negligible, not performed, or unreasonable, they will question the indirect costs on the subcontract costs as unallowable under FAR 31.203(i) and will also question the associated profit/fee.

So, What Should Contractor’s do?

DCAA will review for excessive pass-through costs during a proposal audit, final voucher review or incurred cost audit. So, let’s be proactive.

When the total subcontract costs in a proposal exceed 70 percent of the total costs, make sure you include an adequate description of the added value that will be performed related to the work performed by the subcontractor. Remember to request the Contracting Officer include the FAR 52.215-23 Alternate 1 clause in the contract. 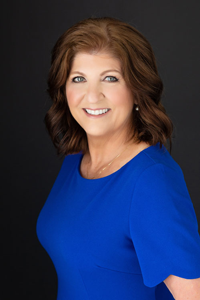 Lynne is a Director with Redstone Government Consulting, Inc. providing government contract consulting services to our clients primarily related to Commercial Item Determinations and support, Cost Accounting Standards, DFARS Business System Audits, Proposals, and Incurred Cost. Prior to joining Redstone Government Consulting, Lynne served in several capacities with DCAA and DCMA for over 35 years. Professional Experience Lynne began her career working with DCAA in the Honeywell Resident Office, Clearwater, FL in 1984. Lynne’s experience included various positions which involved conducting or reviewing forward proposals or rate audits, financial capability audits, progress payments, accounting and estimating systems, cost accounting standards, claims and disclosure statement reviews. She is an expert in FAR, DFARS, CAS and testified as an expert witness. Lynne assisted in drafting the commercial item guidance for DCAA Headquarters. Lynne was assigned as a Regional Technical Specialist where she provided guidance to 20 field offices on highly complex or technical issues relative to forward pricing, financial capability or progress payment issues. As an Assistant for Quality, she was involved in reviewing and ensuring audit reports were in compliance with policy and GAGAS as well as made NASBA certified presentations to the staff including but not limited to billing reviews, CAS, unallowable cost and progress payments. To enhance her experience in government contracting, Lynne accepted a position with DCMA in 2015 as part of the newly organized DCMA Cadre of Experts in the Commercial Item Group. This included performing reviews of prime contractor’s assertions and/or commercial item determinations as well as performing price analyses. Lynne was a project lead and later became a lead analyst where she engaged with the buying commands on requests and reviewed price analysis reviews performed by a team of 5 analysts. She also assisted the DCMA CPSR team relative to commercial items and co-instructed the Commercial Item Training presented to DCMA. Education Lynne earned a Bachelor of Science Degree in Accounting from the University of Central Florida. Certifications State of Florida Certified Public Accountant State of Alabama Certified Public Accountant Defense Acquisition Workforce Improvement Act (DAWIA) Level III- Auditing DAWIA Level III – Contracting