Does Your Company Qualify as a “Major Contractor” for IR&D Reporting? 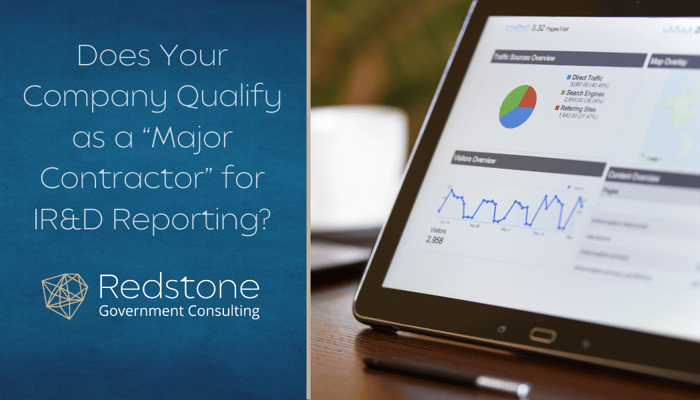 The calendar year ended December 31st and you are closing your books and gathering information for your incurred cost submission that is due June 30th. There is one more requirement you should consider that may have been overlooked. Does your company meet the requirement to input IR&D costs into the Defense Technical Information Center (DTIC)?

DTIC is the Defense Technical Information Center which provides a centralized resource for the Department of Defense Acquisition, Science, and Technology professionals on information about industry’s independent research and development activities.

How do I know if my company is required to report IR&D project costs?

What is a Major Contractor?

DFARS 231.205-18 defines a “Major contractor’” as a contractor whose covered segments allocated a total of more than $11,000,000 in IR&D/B&P costs to covered contracts during the preceding fiscal year.

Am I considered a “covered segment”? A covered segment is a product division that allocated more than $1,100,000 in IR&D/B&P to covered contracts during the preceding fiscal year. Contractors with divisions that do not meet the $1,100,000 in IR&D/B&P threshold or do not have covered contracts, would not be included in determining whether the contractor is a “major contractor”. DoD made this as clear as mud as we see it.

While the requirement is to report IR&D costs in DTIC, the criteria is $11,000,000 of IR&D and B&P costs in the preceding year. That is correct, B&P is added into the equation of $11,000,000 to determine whether the “major contractor” threshold is met.

When do I have to report the information into DTIC?

Contractors are required to report the IR&D projects in DTIC using the form on the DTIC website, no later than 3 months after the company year end. THIS IS VERY IMPORTANT. In addition to inputting the IR&D project costs, this data needs to be updated annually and upon project completion. Copies of the information needs to be available for the DCMA Administrative Contracting Officer (ACO) and DCAA auditor to support the allowability of the costs. While DFARS 231.205-18 does not reference the 3-month time period, it is included in the Director, Defense Procurement and Acquisition Policy Memorandum on Clarification of Defense Federal Acquisition Regulation Supplement Requirement of Major Contractors to Report Independent Research and Development Projects, dated February 3, 2014.

What happens if I don’t report IR&D project costs within the 3-month time period after year end?

If a contractor meets the reporting criteria in DFARS 231.205-18 and fails to report IR&D project data in DTIC no later than 3 months after the contractor FYE, DCAA will question these costs as expressly unallowable and subject to penalties. DFARS 231.205-18(c)(iii)(C) states for annual IR&D costs to be allowable they must be reported to DTIC using the DTIC’s online input form and must be updated at least annually and when the project is completed.

There is no expectation that the IR&D costs recorded in the DTIC database reflect the actual amounts claimed in the incurred cost proposal, but contractors are required to input the project costs, update annually and when the project is complete. Contractors not meeting the threshold of a major contractor are encouraged to report IR&D projects in DTIC to provide DoD visibility, but it is not a requirement. Reporting of classified IR&D projects is not required.

Redstone GCI is available to assist contractors in assessing their IR&D reporting requirements as well as assist in the development of the incurred cost proposal. Redstone GCI assists contractors throughout the U.S. and internationally with understanding the Government’s expectations in applying FAR Part 31, Cost Principles and completing incurred cost proposal requirements. 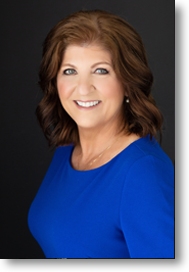 Lynne Nalley is a Director with Redstone Government Consulting, Inc. providing government contract consulting services to our clients primarily related to Commercial Items, Cost Accounting Standards, DFARS Business System Audits, Proposals, and Incurred Cost. Prior to joining Redstone Government Consulting, Lynne served in several capacities with DCAA and DCMA for over 35 years. Lynne began her career working with DCAA in the Honeywell Resident Office, Clearwater, FL in 1984. Lynne’s experience included various positions which involved conducting or reviewing forward proposals or rate audits, financial capability audits, progress payments, accounting and estimating systems, cost accounting standards, claims and disclosure statement reviews. She is an expert in FAR, DFARS, CAS and testified as an expert witness. Lynne assisted in drafting the commercial item guidance for DCAA Headquarters. Lynne was assigned as a Regional Technical Specialist where she provided guidance to 20 field offices on highly complex or technical issues relative to forward pricing, financial capability or progress payment issues. As an Assistant for Quality, she was involved in reviewing and ensuring audit reports were in compliance with policy and GAGAS as well as made NASBA certified presentations to the staff including but not limited to billing reviews, CAS, unallowable cost and progress payments. To enhance her experience in government contracting, Lynne accepted a position with DCMA in 2015 as part of the newly organized DCMA Cadre of Experts in the Commercial Item Group. This included performing reviews of prime contractor’s assertions and/or commercial item determinations as well as performing price analyses. She was a project lead and later became a lead analyst where she engaged with the buying commands on requests and reviewed price analysis reviews performed by a team of 5 analysts. She also assisted the DCMA CPSR team relative to commercial items and co-instructed the Commercial Item Training presented to DCMA. Lynne currently specializes in assisting companies with Business System Reviews and complex DCAA audit issues related to business systems and CAS. She also assists with prime contractor commercial item determinations and related support. Education Lynne earned a Bachelor of Science Degree in Accounting from University of Central Florida.