DCMA to Take the Lead on Resolving TINA Audit Findings 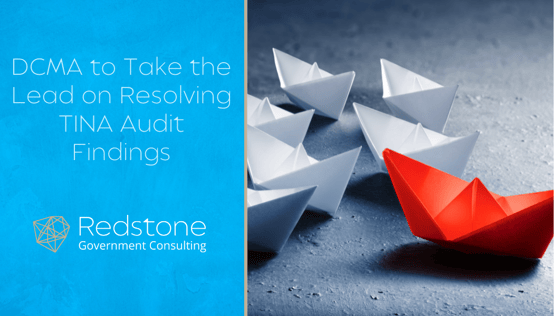 Acting Principal Director, Defense Pricing and Contracting, Mr. Kim Harrington issued a memo on September 30, 2020 to announce that the Defense Contract Management Agency (DCMA) has a new Defective Pricing Pilot Team to provide support to Procuring Contracting Officers (PCOs) to resolve and disposition Defense Contract Audit Agency (DCAA) Truth in Negotiations Act (TINA) compliance audits. DCAA’s new favorite audit it appears. Reading a little into the memo (ok – not too much reading as the memo uses the word – backlog) DCAA has apparently created a new backlog for DoD of what they affectionately call TiN audits. Not a real surprise as DCAA created a TiN team a few years back. DCAA historically had an extensive workload development process to audit all large fixed priced contracts and sample smaller ones that created more audits than resources could accommodate. As we have reported before, now that DCAA is looking for work, the rush appears to be on for DCAA auditors to get back into more defective pricing audits.

Now DCMA having teams of specialized contracting officers is really nothing new. DCMA has had a group of Termination Contracting Officers (TCOs) to support PCOs when a contract has been terminated, mostly terminations for convenience. This group has actually proven to be very successful. In many cases, the TCOs have taken a much more open view of negotiating fair resolution of the termination settlement, even when the DCAA auditors have come in and questioned everything.

Will this New Team be as Successful?

I have struggled with this question. While a team focused on the potential defective pricing will likely keep the issue from getting older than it already is, to properly resolve an audit finding of defective pricing the contracting officer must have an in-depth knowledge and understanding of the program and up-front pricing of the contract. In many cases, the PCO that priced and awarded the contract has left the program (rotation or the ever popular jump to another agency) and the new PCO struggles with what was known vs. DCAA’s position on what should have been known by the prior PCO. Surprisingly, even when the prior PCO is just down the hall from the new PCO, there is little if any interaction between them. Not that much of a surprise as the prior PCO might say something that does not support the DCAA position that the PCO would have changed the pricing if some fact was known during the awarding of the contract – or maybe it was known but not documented in the PCO’s files at the time. Additionally, PCOs have always felt TiN audits were really an audit of the PCO, not the contractor.

Remember How this Game is Played

DCAA goes though your contracts subject to TINA and compares actual cost incurred to awarded price. Then any contracts that came in with actual cost incurred significantly below the price are pulled for review. The fact that a contractor had numerous other contracts incur more cost than estimated, or even resulting in a loss has no bearing whatsoever on the risk of defective pricing from the DCAA viewpoint. The big picture is not a DCAA strong suite.

So, What Will the Future Hold?

DCAA will continue its cherry-picking process for sure. This is, after all, DCAA’s new hot audit area.

Contractors are going to have to spend significant resources supporting the TiN audits and educating new Defective Pricing Contracting Officers (DPOCs) on what happened during the pricing of the contract. I remember a high level DCMA official once telling me that if something was not documented, it did not happen. Therefore, my best advice is for contractors to look at their negotiation documentation and “sweep” processes. A sweep is what you should be doing once price is agreed to and before you sign the certificate of current cost or pricing data. Take the time to ensure there were no facts that should have been disclosed to the PCO during negotiations that got missed or maybe the PCO should be reminded of a significant disclosure that was made. Better to deal with these issues at the time of pricing then allow DCAA to come in with 20-20 hindsight.

Redstone GCI is available to assist contractor’s in addressing potential defective pricing findings or support during the TiN audit process. None of the DFARS business systems focus on policies like sweeps that can help protect the contractor, however Redstone GCI can assist with strengthening these areas. Redstone GCI assists contractors throughout the U.S. and internationally with understanding the Government’s expectations and what can happen in the area of defective pricing. 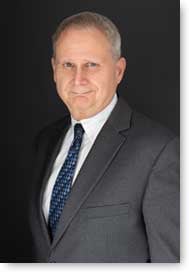