What is a Deemed Export? 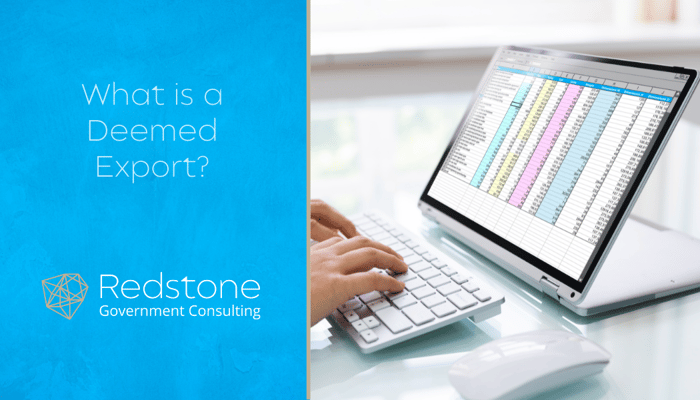 Both the EAR and the ITAR regulate Deemed Exports. But what exactly is a Deemed Export and how is it different from a traditional export?

Under the EAR, releases of controlled technology to foreign persons in the U.S. are "deemed" to be an export to the person’s most recent country or countries of nationality.

With Deemed Exports, there is usually an obligation to obtain an export license from BIS or DDTC before “releasing” controlled technology to a foreign person.

It should be noted that those organizations having technology exchanges with persons with permanent residence status, U.S. citizenship, and persons granted status as "protected individuals" are exempt from the “deemed” export rule.

EAR “Deemed” exports are described in 734.13(b) of the EAR. The EAR defines a "release" of "technology" or source code in section 734.15 of the EAR, and defines activities that are not "deemed" exports in section 734.20 of the EAR. EAR Deemed Exports: https://www.bis.doc.gov/index.php/policy-guidance/deemed-exports

For further information about deemed exports and the specifics surrounding EAR and ITAR designations, contact Redstone Government Consulting. We offer a variety of consulting packages, training, and a host of educational articles on our website.