The Risks of Fixed-Price-Incentive (FPI) 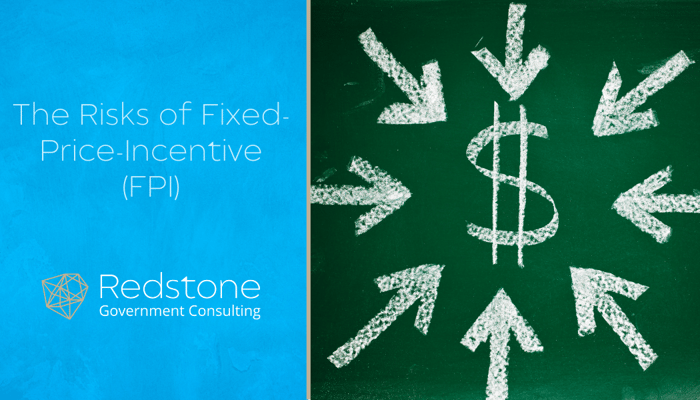 On March 4, 2016, we posted a blog, “The Inherently Evil Cost-Type Contracts” which discussed the Government view of cost type contracts. More specifically, the risks to the Government when using a cost-type contract (typically cost-plus fixed-fee, but also including cost-plus incentive fee or CPIF).   From a contractor risk perspective, the evil-twin of the CPIF contract is a Fixed-Price Incentive Firm Target (FPIF) contract because of the major difference in contractor obligations to perform as a function of costs incurred.   Typically cost type contracts only require contractor performance up to the contract limitation of funds (LOF); as noted in FAR 16.307(d)(1), the completion form of a cost-type contract requires the contractor to complete and deliver the specified end product within the estimated cost (LOF). However, if the specified end product can’t be performed/delivered within the estimated cost, the government can require more effort provided the Government increases the estimated cost.  A contractor is no longer required to perform once costs incurred equal the LOF; hence, the Government assumes the risk of cost overruns if the Government wants to compel delivery of the end-product.

Although FPIF contracts have most of the administrative requirements of a CPFF contract (i.e. the requirement for an adequate accounting system which measures allowable contract costs using FAR Part 31 Cost Principles), FPIF contracts are categorically a fixed-price contract type wherein the risks of cost overruns shift to the contractor. In particular, and in stark contrast to a cost-type contract, a FPIF contract requires the contractor to deliver the end-product regardless of the cost to meet the contractual requirements.   FPIF contracts provide some contractor-risk buffer by establishing a target cost, target profit, and target price along with contractual share-ratios for cost underruns and cost overruns; hence, some protection from performing at a loss when actual costs exceed original estimates. However, that protection stops at the point that contractor costs incurred equal the ceiling price (an amount which is stated as a percentage of the target cost).

More recently, and somewhat widely published in the media, the contractor’s financial statements, and in two GAO (Government Accountability Office) reports, the KC-46 Tanker Program is another reminder of the contractor risks on an FPIF contract involving development costs and low rate of initial production (LRIP).   In GAO-13-258, February 27, 2013, it was reported that the KC-46 tanker modernization contract (in development to convert a commercial derivative aircraft into an aerial refueling tanker) could be very illustrative to help guide and improve future defense acquisition since it involved an FPIF development contract. The 2011 FPIF contract provided contractor incentives to control costs while limiting the government’s financial liability (i.e. the FPIF ceiling price of $4.9 billion). Defense officials believe that a fixed price development contract is appropriate because the KC-46 development is considered relatively low risk mostly mature military technologies onto a well-defined commercial derivative aircraft. Further, the 2013 GAO report stated that the KC-46 program was running very close to its budget and schedule; however, there was a concern that both the government and the contractor estimated that the development cost would exceed the $4.9 billion FPIF ceiling.

Fast-forward to April 2016, report GAO-16-346, “Challenging Testing and Delivery Schedules Lie Ahead”.   At this point in time the government estimates total development cost of $6.324 billion whereas the contractor estimate is $5.59 billion; in any case, measured against the FPIF ceiling price of $4.9 billion, the contractor will be absorbing a financial loss ranging from $766 million to $1.5 billion. Additionally, per the government, failures to achieve delivery schedules could result in other financial penalties including withholding progress payments and downgrading the contractor performance assessment ratings. Less than amusing, the government continues to down-play its financial risk, almost gloating over the fact that it negotiated a FPIF contract which will ultimately save the government as much as $1.5 billion. Unfortunately, that savings is nothing more than a contractor absorbing the increased development costs on a “relatively low-risk development contract”.

It should be obvious to all government contractors that risk is a matter of perspective. Lastly, proceed with caution when contemplating a fixed price development contract where there is far too much history, which shows that the financial winner is always the government.