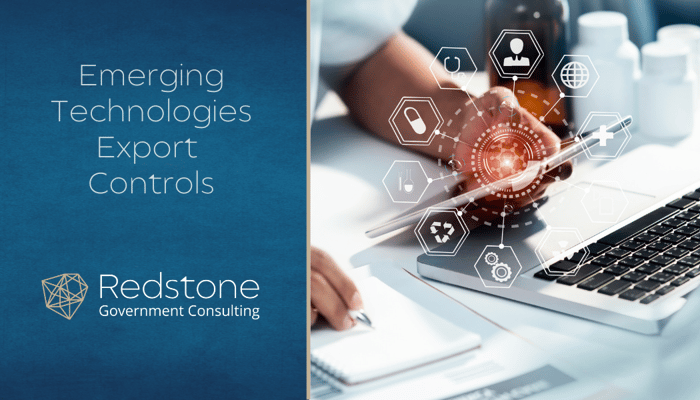 Due to the Export Control Reform Act of 2018, we are expecting to see new Export Control Classification Numbers (ECCNs) on the CCL for certain Emerging Technologies. As controls on exports of technology are a key component of the effort to protect sensitive U.S. technology, many sensitive technologies are listed on the CCL, often consistent with the lists maintained by the multilateral export control regimes (of which the United States is a member). Certain technologies, however, may not yet be listed on the CCL or controlled multilaterally because they are emerging.

A key focus of the new law is the protection of U.S. technological advances through closer scrutiny of technology transfers to foreign persons and their implications for U.S. national security and foreign policy.

As part of the National Defense Authorization Act (NDAA) for Fiscal Year 2019, Public Law No: 115-232, Congress enacted the Export Control Reform Act of 2018 (the Act or ECRA). Section 1758 of the Act authorizes Commerce to establish appropriate controls, including interim controls, on the export, reexport, or transfer (in country) of emerging and foundational technologies. Under the Act, emerging and foundational technologies are those essential to the national security of the United States and are not described in Section 721(a)(6)(A)(i)-(v) of the Defense Production Act of 1950, as amended. Emerging and foundational technologies, in keeping with ECRA, will be determined by an interagency process that will consider both public and classified information as well as information from the Emerging Technology Technical Advisory Committee and the Committee on Foreign Investment in the United States.

In identifying emerging and foundational technologies, the process must consider:

In determining the appropriate level of export controls, the Department must consider the potential end-uses and end-users of the technology, and countries to which exports from the United States are restricted (e.g., embargoed countries). While Commerce has discretion to set the level of export controls, at a minimum it must require a license for the export of emerging and foundational technologies to countries subject to a U.S. embargo, including those subject to an arms embargo.

The representative general categories of technology for which Commerce currently seeks to determine whether there are specific emerging technologies that are essential to the national security of the United States include:

(1) Biotechnology, such as: Nanobiology; Synthetic biology; Genomic and genetic engineering; or Neurotech.

(4) Microprocessor technology, such as: Systems-on-Chip (SoC); or Stacked Memory on Chip.

(13) Advanced Materials, such as: Adaptive camouflage; Functional textiles; or Biomaterials.

Please keep in mind though that this information is preliminary and subject to change. To stay abreast of all the possible changes, reach out to the expert team at Redstone Government Consulting. From training opportunities to consulting packages, we offer a variety of options to inform your organization in the complicated business of government contracting.