2020 Halloween Costumes for Those in the “Public Eye” 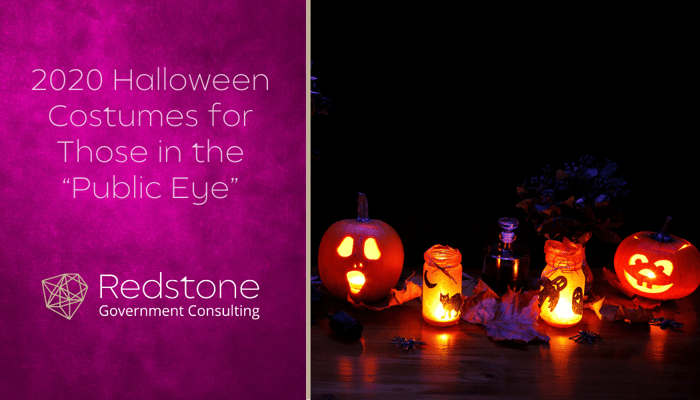 As Halloween 2020 is upon us, it is time to report on some of the more popular costumes or ideas for costumes applicable to organizations and/or individuals who are in politics, sports, acting, the media (i.e. newscasters) and federal agencies. Although our prior years’ Halloween blogs have focused on a few government agencies, current events have caused us to focus our research (thus this blog) primarily on the wonderful and friendly world of politics and political elections in the United States. 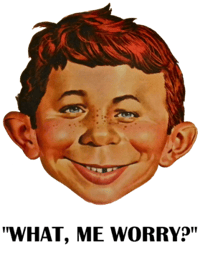 Alfred E. Neuman (“What Me Worry”)

A face-mask which has been seen in President Trumps wardrobe as he appears to show no concern for the upcoming election including the apparently unfavorable polls, the public reaction to COVID-19 (the number one topic in each of the presidential debates), and the unrelenting anti-Trump campaign also known as the evening news. Perhaps Mr. Trump is thinking Déjà vu in terms of 2020 being a replay of 2016.

A costume which is apparently in high demand and worn by the throngs of supporters attending political rallies for Joe Biden. Thus, even though they can’t be seen, we should simply imagine that they are present, but also very polite (hence, the reason for almost no audible cheering).

This has been an addition to Speaker of the House Nancy Pelosi’s wardrobe to be worn whenever Ms. Pelosi wants to defy public health guidelines (and her own public criticism of Donald Trump’s lack of precautions for COVID-19) and clandestinely visit her nail or hair salon. In general, we believe that Ms. Pelosi’s visits to the hair, beauty or nail salon are in the best interests of all of us, but she still should be expected to practice what she preaches in terms of COVID-19 precautions.

Although she sort of disappeared from the public eye, her image (mask and her philosophies) have been embraced by one presidential candidate who has “a plan for that” (regardless of the question, Mr. Biden has a non-specific plan to address it). Examples include repetitive statements of his plan for making China, Russia and North Korea “pay for not playing by the rules”. One of “the rules” pertains to China and its agreement (Paris Agreement) to reduce carbon emissions; however, China’s commitment only kicks-in after 2030, so Mr. Biden’s plan is to make China pay even though Mr. Biden can’t possibly be President in 2030. Of passing interest, there are now rumors and a laptop which suggests that China has already paid.

This mask is no longer available in any costume stores having been swooped-up by actors, actresses, talk-show hosts, tell-all book authors, professional athletes, and numerous others who have assumed the role of personal or group psychologist(s), dispensing their analysis and advice to anyone who will listen on virtually any subject, in-spite of having no relevant formal training or any credentials which might give some degree of credibility to their opinions (presented as advice). The great thing about this and many of the other masks in high demand, they could have been purchased with absolutely no proof of qualifications (only the $9.99 to cover the purchase price).

Costumes which have been acquired for the news reporters for ABC, NBC, and CBS (and frequently shared with affiliated networks) to be used in the context of never seeing, hearing or reporting anything which might be the least bit unfavorable to the Democratic candidates. These costumes are removed when the news coverage/topics concern President Trump.

This mask just recently showed up being implicitly worn by the writers who created CBS’ News latest tag-line; that CBS news is “honest, fair and unbiased”. We’ve only seen the opposite in terms of any balanced reporting about the presidential candidates; hence, the only possible explanation for describing its newscasts using these words is that they’ve simply rewritten the dictionary, substituting antonyms as the new definitions. 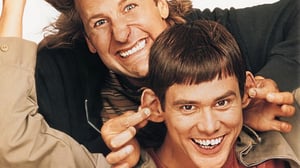 Another very popular set of masks with “dumb” being worn by numerous political candidates promising Federal Government assistance in the form of free college, free healthcare, free prescription drugs, free Botox for anyone whose self-esteem requires it(made that one up), forgiveness of any existing college debt, and anything else which might appeal to those wearing the “dumber” masks, not because they (those wearing the “dumber” mask) expect all of this for free, but because they apparently believe that all of this can be funded with absolutely no increase in taxes except for those with taxable income exceeding $400,000. Apparently basic economics and mathematics are not required subjects now days. From a historical perspective the “freebies” promised by so many politicians (primarily Democrats) is a complete “180” from the famous statement made by John F. Kennedy in his 1961 inaugural address: “Ask not what your Country can do for you, but what you can do for your Country”. Hard to believe he was a Democrat.

This mask is no longer available in the Washington D.C markets, having been purchased by Members of the Legislative Branch in hopes of convincing their respective constituents that their “elected officials” have actually accomplished anything other than criticizing the opposing party and/or the current Administration.

A popular mask among Star Wars fans, but also among the numerous dark (unidentifiable) sources of campaign funding for political candidates. Hard to believe that one of the mantras of the prior administration (Obama-Biden) was for campaign reform, including total transparency as to sources of funding. Now there are huge campaign contributions for both parties (but on balance, more for Democratic candidates) that are from organizations with little or no identity other than a nameless name.

A relatively new mask worn by many political candidates with a propensity to make statements which contradict earlier statements and/or with slogans which are ironic when one considers other facts. At the federal level, we can all remember in the Spring of 2020 when there was an outcry from virtually everyone including the Democratic candidates that COVID-19 should not be “politicized”. Ironic that COVID-19 has been the primary point of reference for those attacking Mr. Trump’s competency to be President. One more local irony, the “One Alabama” slogan for the incumbent seeking re-election to the US Senate. Ironic considering that 80-85% of his $26 million in campaign funds are from out-of-state sources. Also ironic that $26 million is spent for a job which pays less than $200,000 annually.

The Republican candidate for Alabama’s seat in the US Senate acquired this costume as he relocated into Alabama from Florida (18 months’ ago) in time to qualify to run for the US Senate representing Alabama. Not exactly a new strategy and perhaps he was merely emulating the successful strategy employed by Hillary Clinton when she (and Bill) purchased a residence in Chappaqua, New York on September 3, 1999 as a prelude to her successful run for the US Senate (to which she was elected on November 7, 2000).

Not to totally ignore Government Contracting, we have identified two costumes for the following:

A costume now popular with DCAA (Defense Contract Audit Agency), the “ghost” in reference to DCAA’s virtual auditing (no visible auditors, but the audits continue) and the “friendly” in reference to DCAA’s fairly recent actions to collaborate with industry in revisiting some of the regulatory requirements (e.g. FAR 52,216-7(d)) related to an adequate incurred cost proposal) and DCAA’s commitment to revisit DCAA’s Selected Areas of Cost Guidebook to clarify some of the wording (which is code for removing some of the wording which is inconsistent with the regulations). Perhaps a “kinder and gentler” audit agency, and in any case, preferred over year’s past when it was completely unwilling to engage in any discussions or collaboration with industry.

Jerry Maguire “Show Me the Money”

The mask worn by thousands of government contractors and millions of taxpayers in the context of seeking evidence of any tangible benefits (e.g. monetary savings) as a by-product of regulations which were touted (or sold) as having unlimited potential in terms of savings including the elimination of fraud, waste, and abuse. Although we are all still waiting for the results, a few of those regulations: