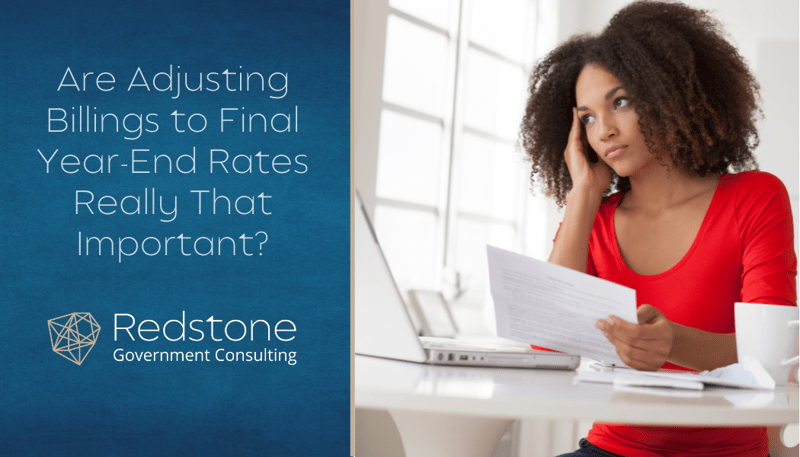 Yes, it is! To comply with (FAR) 52.216-7(e), Allowable cost and payment, Billing rates, requires the adjusting voucher for year-end rates. It states, “Until final annual indirect cost rates are established for any period, the Government shall reimburse the Contractor at billing rates established by the Contracting Officer or by an authorized representative (for example, the contract auditor), subject to adjustment when the final (year-end) rates are established.” An adjustment voucher is essentially a restatement of the provisional billing rates used for the actual year-end rates.

For those subject to the DFARS Business Systems, such as the Accounting System, it is also required under DFARS 252.242-7006(c)(16)), Accounting System Administration, required criteria, number 16, “Billings that can be reconciled to the cost accounts for both current and cumulative amounts claimed and comply with contract terms.”

DCAA auditors will review for this adjustment and its FAR 52.216-7(e) compliance in its Post Award Accounting System and Accounting Business System audits. If not done, DCAA will cite this as a deficiency with your accounting system and issue a Statement of Conditions and Recommendation (SOCAR). This will force you to respond to the cited SOCAR with essentially your reason(s) why you did not adjust your provisional billing rates and explain how you will make corrective action(s).

If you have a SOCAR to address, it may not be as simple as providing a response to the Government and have the issue go away. You have a compliance issue with your accounting system to address which will include a DCAA audit follow-up. Another problem is if you are in an overpayment situation due to the provisional indirect rates billed being higher than the year-end indirect rates. The Government may request full payment through a demand letter. Many Administrative Contracting Officers, or ACOs, may work with contractors and agree to spread the overpayments over future invoices.

There are at least two benefits of adjusting the provisional indirect rates for the final year end rates:

Since you made the adjustment for the year-end rates, this provides an opportunity to refund the overpayment of billings. This is important since FAR 52.232-25, Prompt Payment, (d) Overpayments, where “If the Contractor becomes aware of …the Government has otherwise overpaid on a contract financing or invoice payment, the Contractor shall…remit the overpayment amount to the payment office cited in the contract along with a description of the overpayment.”

What should you do? You should ensure you analyze your provisional billing rates at least quarterly and make any adjustments for an overbill or underbill situation. The sooner the better. As soon as final year end rates are available, remove any FAR Part 31 unallowable costs, and begin preparing your adjustment vouchers. If you find you are in an overbill situation, especially if there was a significant event at the end of the year that reduced your rates, consider contacting your ACO to discuss the situation and a repayment schedule. Adjusting your provisional billing rates to final year end indirect is important for not only compliance of contract administration, but also may provide further billing or just call it, money.

Redstone GCI assists contractors throughout the U.S. and internationally with understanding the Government’s expectations and supporting contractors with the process of establishing and revising provisional billing rates and preparing adjustment vouchers. We would be happy to be part of your team. 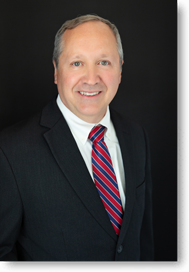 David (Dave) Fix is a Director with Redstone Government Consulting, Inc. He provides Government Contract Consulting services to our Government contractors primarily related to compliance with Federal Acquisition Regulations and Cost Accounting Standards, equitable adjustment claims, and business systems. Prior to joining Redstone Government Consulting, Dave served in a number of capacities with DCAA for over 35 years. Upon his retirement, Dave was a Regional Audit Manager with DCAA. Dave began his DCAA career in 1986 as an auditor-trainee with the General Electric Suboffice in Pittsfield, Massachusetts. He progressed from auditor to DCAA management ranks serving in DCAA offices in Upstate New York, Columbus, Ohio and Greensboro, North Carolina in audits of major and non-major contractors. Dave served DCAA in three overseas tours, all as Branch Manager, in Kuwait/Iraq (2007), Afghanistan (2010-2012) and Kuwait (2014). Dave was promoted to Regional Special Programs Manager (RSPM) in 2015 before ultimately becoming a Regional Audit Manager (RAM) in October 2019. While a RSPM, Dave worked with DCAA’s other three RSPMs with updating the Agency-wide audit planning process including assigning priorities and determining funded/unfunded audits that is currently being used by DCAA. While a RAM, Dave had overall management responsibility for audits performed by approximately 140 employees including one of DCAA’s largest shipyards. During his career, he served as guest instructor at DCAA’s Defense Contract Audit Institute (DCAI) bringing field perspective to “Advance Auditing Issues” and “Supervisors’ Course” as well as served as a DCAI adjunct instructor over DCAA auditors’ initial two-week training course prior to his retirement. Dave served 36 years in the Air Force Reserve/Air National Guard in both enlisted and officer positions retiring at the rank of Lieutenant Colonel. His last duty station was Air Force Reserve Command (AFRC) Headquarters, Robins Air Force Base, Inspector General Office serving as the Chief, Contracting Inspections leading inspections of AFRC’s 10 contracting offices as well as assisting in inspections of AFRC finance offices. Dave currently specializes in preparing clients for more complex DCAA audits, providing advice on FAR cost principles and contracts regulatory provisions and in assisting clients in anticipating and addressing audit.