In each of the past four years, the Justice Department has recovered more than $3.5 billion dollars from cases that involve the False Claims Act (FCA). Although the FY2015 recoveries are a substantial decline from FY2014’s $5.7 billion, these are still extraordinary amounts of money that are being recovered based upon fraud allegations. It should be noted that the DOJ FY2015 Summary Media Release mentions a number of settlements by name (i.e. specific identification of the individual or company which allegedly violated the FCA); however, this DOJ Media Release masks the fact that many of these involve mere allegations with no finding of liability (a statement included at the very end of each individual settlement media release). Of note, the government contracting world we live in represents the second largest piece of the recovery pie; according to the Department of Justice’s release, the government contracting slice was $1.1 billion over the last fiscal year. Something of a “wow moment” even though FCA recoveries from health related services continue to lead the pack.

As mentioned in most individual settlements (DOJ media release), a strong majority of the cases are resolved in settlements without extended litigation due to the cost. It would be typical for a government contractor fighting a FCA claim to rack up an astronomical bill in legal fees. Most government contractors realize the financial hole that a legal altercation with the government will cause and simply wish to avoid it; hence, the vast number of settlements without any court determined finding of contractor liability (but rest assured that the DOJ media release will paint a picture of contractor wrong-doing and the settlement will most likely state that the contractor costs to defend against the government investigation are unallowable).

But let’s just hypothetically say that a government contractor is willing to play ball in the legal system, let’s even say they win, who is going to reimburse them for all their legal costs? The Government? I doubt it given that FAR 31.205-47(e)(3) limits the contractor recovery to 80 percent of its legal fees incurred in successfully challenging the government allegations.   Note this applies to legal fees incurred in defending against allegations of fraud or similar misconduct differentiated from contractor legal fees under the CDA (Contract Disputes Act) which are unallowable.   At any rate, when faced with challenging a government allegation of fraud or similar misconduct, the contractor can “roll the dice” and take it all the way through litigation and if the contractor prevails, recover up to 80 percent of its legal costs.   Or lose the case having incurred significant and expressly unallowable legal fees.

In 1986, the Act (FCA) was amended in order to increase incentives to those individuals to be whistleblowers (or file lawsuits on behalf of the government). In most instances, individuals need incentives to come forward due to the negative impact they would receive from their jobs. These whistleblower actions are referred to as “qui tam” and they allow the whistleblower (aka the relator) to receive up to 30% share if the government prevails (in most cases this amounts to a lot of money). This is not to say that the Government even has to join the relator’s lawsuit, the Government has the option to initially decline or to intervene immediately (in the lawsuit) or at a later point in time. One would think that the Government would be sure to join the qui tam suits where there is a high win percentage, but this is not always the case. The Justice Department releases yearly fraud statistics for all industries, but we will only look to the Department of Defense here. Over the past five years, there have been 323 fraud FCA cases. Of those 323 cases, only 63 are non-qui tam, meaning that those cases were originally brought by the Government without the benefit of a relator with “inside information).   That leaves an overwhelming majority of 260 cases being qui tam. One might be left questioning the effectiveness of the government’s internal processes to identify and prosecute fraud. By most measures, including recent actions by Congress to enhance whistleblower protections (from retaliation), Government fraud recoveries are highly dependent on a system of commission based informants along with contractual requirements to promote whistleblowing (reference to FAR 52.203-14 requirements to post certain agency hotline posters).   The message is loud and clear, no Government tolerance for contractor fraud, waste and abuse.

Note: Richard D. Bagley v. United States of America, Case No. CV 10-00483-RT(FMOx) provides a very good description and discussion of a Qui Tam, the role of the relator, and the history of the False Claims Act. 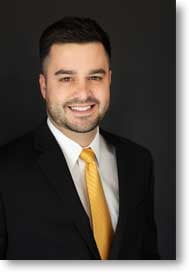