If your unbilled receivables account has you searching for a solution as simple as waving a Harry Potter wand and reciting “Evanesco!” you are not alone. The everyday life of an accountant is chock-full of number-crunching, and then you suddenly realize the “deathly hollows” of year-end is quickly approaching. Whether you are new to the tracking of unbilled receivables or the account has been covered in cobwebs, understanding the creation process to this “chamber of secrets” is where your journey out of the “dark forest” can begin.

What exactly are unbilled receivables? Simply put, the term is defined as the difference between recognized revenue and billing. Theoretically, if everything that could be billed was billed, no unbilled receivable balance would exist. However, as we start to dig a little deeper into the logistics of contract billing, we find the process is often not so cut and dried.

Since Costpoint has a couple of revenue formulas that allow revenue to equal billing before or after retainage, you may ask, why not just use one of those formulas so no unbilled balance is created? The problem with taking that approach is true unbilled costs may exist; it is just more difficult to know when that is the case. Setting up the Costpoint revenue and billing formulas so they compute independently of each other permits the system an account bucket for the unbilled costs to be collected and tracked to resolution, thereby removing the unbilled “cloak of invisibility”.

While the ultimate goal is for the contract unbilled receivable balance to be zero, there are various reasons why unbilled costs may legitimately exist. For example, the contract may not permit invoicing to exceed contract funding. Therefore, the amount in excess of the contract funding value is true unbilled costs that would be captured by allowing revenue recognition up to the value of the contract. Other reasons for unbilled values can include hours or cost with a billing hold status, unbilled revenue adjustments, accruals or year-end revenue recognition based on actual indirect rates prior to a true-up billing from target to actual rates. Also, there could be timing differences where additional costs or timesheet corrections were recorded in the accounting period after the invoice was produced. Performing a monthly reconciliation of unbilled costs is vital to turning unbilled costs into billed costs which results in better cash flow, audit preparedness and quicker contract close-out.

There is no need to madly search for Platform 9 ¾ or to feel like a “Prisoner of Azkaban.” One of Redstone Government Consulting’s accounting wizards can help open the door to reveal the hidden secrets. Alohomora! Specialis Revelio! Let us wave our magic wands, guiding you through unbilled receivable concerns.

Blog author note: This blog was inspired in part by my granddaughter who loves the Harry Potter novels written by J.K. Rowling and in celebration of the 20th anniversary release of the first U.S. book, Harry Potter and The Sorcerer’s Stone, released on Sept. 1, 1998. I hope you enjoyed the references. 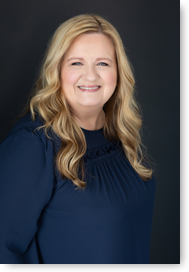 Karen has over 30 years’ experience in government contractor Finance and Accounting serving large and small corporations focused on the U.S. Federal and State Market Sectors. Her career includes both managerial and hands-on technical positions with responsibly for the full spectrum of financial management, accounting implementation, process improvement, contract proposal pricing and narrative development and contract compliance. Karen has considerable experience developing integrated accounting processes and leveraging technology. Starting in the late 1980’s with an initiative to implement Deltek, she has since supported numerous implementations and spent five years working directly for Deltek as a Costpoint Principal Support Analyst. Professional Experience Karen’s experience includes a blend of financial management, transactional accounting and practical consulting with companies using a wide range of contract types. In her prior roles, she has been responsible for managing accounting departments, providing financial analysis and forecasting, billing, accounts payable, accounts receivable, fixed assets, revenue recognition, monthly processing and closing, budgeting, proposal pricing, cost volume development and interfacing with various auditing representatives and agencies. These experiences have led to achievements in implementing new processes which enhanced team efficiencies. Karen has utilized various software tools including Advanced Excel functions, Sharepoint, GCS Premier, Costpoint, T&E, Deltek Preprocessors and various report writers such as Impromptu and Cognos. Additionally, she has led conversion efforts from various legacy software systems to Deltek Costpoint. With Karen’s Costpoint support experience, she not only developed a deep understanding of the Costpoint software, she was also successful with resolving unique and challenging questions from users on various topics. Education Karen has a BS degree in Accounting from Troy University and AS degree in Business Administration.