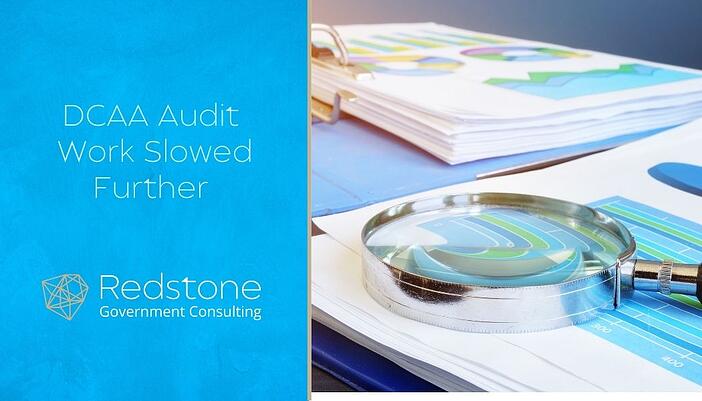 Don't wait until the week before your ICP is due to begin the preparation of the multiple schedules required to constitute an adequate incurred cost proposal. Waiting till the last minute leads to mistakes and mistakes could lead to submissions being considered inadequate or cost being misrepresented.  Start now preparing your submission and give yourself time to adequately review your submission before you submit it on June 30.

2. Understand Which Contracts Require an ICP and Which are Exempt

For the most part, contracts that have cost reimbursable features (cost plus, T&M) require an ICP.  However  the true driver of determining which contracts require the submission of an ICP is a FAR Clause. FAR 52.216-7 is the Allowable Cost and Payment Clause and this is the clause that when inserted into a contract requires a contractor to submit an incurred cost proposal.

3. Ensure All Costs are Represented

Perform a reconciliation of your trial balance expense accounts to your ICP. You don't want to leave valid, allowable cost out of your submission.  A good place to start is with the total cost on Schedule H then reconcile that number to the summation of the total cost reflected in the trial balance.  If any and all variances cannot be explained, then there is something wrong and it’s time to review the individual schedules of the ICP to determine where the error or errors lie.

4. Schedule H Cost Should be Reflected at the Billing Level

The billing level (the level of detail and summation required to bill cost) varies from contract to contract.  Some contracts are billed at the CLIN level, some at the TO level, some at the overall all contract level and some are billed at a different level altogether.   Review your contract terms, as well as your invoices prior to completing schedule H, so that you prepare that schedule correctly the first time and you don't have to re-do it at a later date.

5. Count the Number of Contracts

Virtually all cost type contracts include FAR 52.242-3 which requires contractors to pay penalties on expressly unallowable cost when those costs have been claimed as part of the ICP.   Therefore, it is important for contractors to take the time to make sure all cost are well supported and properly classified as either allowable or unallowable.  This process is called an unallowable cost scrub.  Some large contractors will perform this unallowable cost scrub perpetually throughout the fiscal year, but smaller contractors often perform a cost scrub only once, prior to submission of the ICP.  To perform an adequate scrub, identify accounts that are high risk such as travel, consultant cost, business development, executive compensation, etc. and review the makeup of those accounts using either a sampling approach or some other method and verify that the cost being claimed are allowable per FAR 31.205 and adequately supported with documentation which reflects your determination of allowability and reasonableness.

7. Link Between the Various Schedules of the ICP

The incurred cost proposal can be complicated and confusing and often times, changes or corrections must be made to the various schedules throughout the preparation and review process of the ICP.  One word of advice is to link as many of these schedules to one another as possible, including linking the individual schedules to a trial balance.  If the schedules of an ICP are linked to one another and changes are made throughout the preparation process, then contractors will have confidence that any change necessary is appropriately flowed through the entire submission.

Many contracts these days contain indirect rate caps. It is important for a contractor to be aware of those contracts subject to rate caps and incorporate those caps within the ICP schedules. There are two places rate caps should be disclosed. One place is Schedule M, where the contractor should discuss the individual contracts with rate caps and disclose the rate cap percentages. The second place is on Schedule I.  Have you ever wondered what the column on schedule I was for that read "less contract limitations and credits"?  Well, this column is for contractors to adjust the cost allocated to a specific contract for various reasons, including rate cap adjustments or cost which exceed funding limitations. If a contractor has contracts with rate caps, the calculations of applying those rate caps and reducing the claimed cost associated with the impacted contracts should be included in the ICP and reflected in Schedule I.

10. Be Prepared for Audit

DCAA is rapidly trying to get caught up on their backlog of ICP audits (hold the applause). As a result, DCAA is performing multiple year audits where they are requesting lots of data and asking questions of contractors for ICPs that are several years old.   For many of us, my memory fades after a few months, so recalling various specificities associated with an ICP from years ago can be a daunting task.  Take the time now to document and memo any items that you think may require additional explanation or is unusual in some way.  Also, keep your working papers of all of the data used to create the ICP along with any reconciliations performed that may at some point be handy when trying to answer an auditor’s questions.  Finally, go ahead and prepare your supplemental data.  Supplemental data is data that is mentioned in FAR 52.216-7 as needed to perform the audit but not required to be submitted for a determination of adequacy of the ICP. As a result, most contractors wait to prepare this data last minute, when DCAA asks for it and in a hurry. Do yourself a favor and eliminate this element of stress from your routine. Go ahead and prepare the supplemental data that you know DCAA is going to ask for, including the schedule for highly paid employees, contract briefs, headcount data and so on; but don’t give it to DCAA until it’s requested which will be when DCAA is ready to initiate the audit.