The Top 4 Halloween Costumes At the Annual Government Halloween Ball 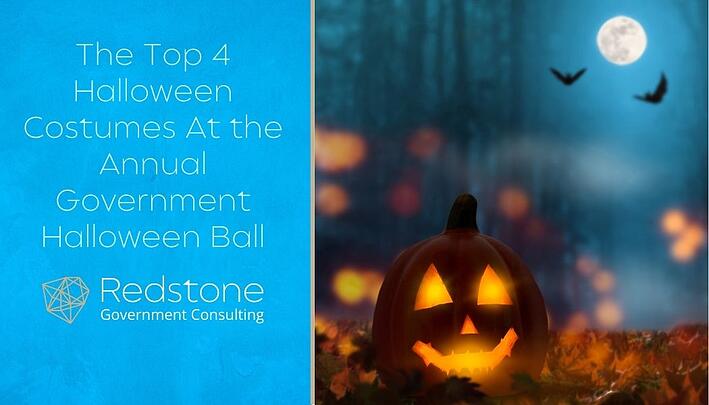 Although we once again failed to receive an invitation to attend the Federal Government’s Annual Halloween Ball, we have it from a reliable source that the following were the top four costumes for Government Officials and/or Agencies.  In addition, we’ve identified the most likely reasons for the popularity of the top four costumes.

This is all-too-obvious based upon the ubiquitous use of the word “transparency” in virtually every statement by every government official or in every policy announcement.   Virtually every proposed rule is ostensibly to make the government more transparent as if the federal government really wants to be that transparent (as evidenced by continuing efforts to block visibility into IRS behavior concerning conservative not-for profit entities).  Apparently ,no one in the government has actually read the definitions for transparent because they aren’t exactly favorable if applied to the government; in particular, easily seen through or detected as in “his transparent excuses”. This seems to fit like a glove in application to a 2014 series of Executive Orders specifically targeting government contractors, including a statement that “requiring contractors to report salary and wage data by gender and race will increase voluntary reporting”; since when is required reporting voluntary?

This may not be the most common costume, but it was apparently the costume chosen by the President based upon his continued assertions that if we just raise the minimum wage (to $10.10/hour) it will i) increase productivity; ii) reduce employer-employee friction; and iii) increase the pool of qualified employees leading to a more efficient and effective government.   There is absolutely no empirical evidence or study supporting his assertions; hence, we can only assume that increased productivity, less friction and an increase in the labor pool will magically happen if the minimum wage is increased.  With respect to better employer-employee relations, shortly after the Executive Order was issued in February 2014, public agency employees in the District of Columbia immediately staged a walk-out demanding an even higher minimum wage.  Apparently some magicians are better than others.

This costume was in high demand for officials representing various agencies, apparently not realizing that a functioning Pinocchio costume would be hazardous with so many government officials in close proximity to each other.  Certainly, an appropriate costume which would actually achieve transparency if worn in public.  Perhaps most fitting for the Department of Justice which routinely issues press releases announcing settlements with government contractors which typically contain several paragraphs discussing the misdeeds of the government contractor, the amount of the settlement, and the fact that the Department is aggressively holding contractors accountable.  Almost as an after-thought, at the very end of the very negative representations regarding the egregious behavior of the contractor, the DOJ press release inserts the statement that “the claims resolved by the settlement are allegations only and there has been no determination of liability”.

There is one other very specific situation for which the Pinocchio costume is applicable, that of DCAA (Defense Contract Audit Agency) and its policy for evaluating contractor compensation.  In 2012, two ASBCA decisions (JF Taylor and Metron) resulted in very unflattering decisions concerning DCAA’s methods to benchmark a contractor’s compensation to third party compensation surveys.  In particular, that for numerous reasons, DCAA’s benchmarking was statistically flawed and that DCAA’s questionable/flawed methods were obviously biased to yield lower amounts.  In spite of these decisions, DCAA’s Director and one or more of DCAA’s Regional Directors have publicly stated that “we believed that we have always used appropriate methodology”.  As the nose grows, so grows government transparency if only we had more Pinocchio costumes.

Perhaps most applicable to the Secretary of Labor in terms of statements made in his press releases.  Very recent examples include a trip to London to “learn how apprenticeships create a talent pipeline” and “remarkably, employers in the London Living Wage program are also responsible for ensuring that their employees earn a living wage”.  Who suspected that learning how apprenticeships create a talent pipeline would require a trip to London?  With respect to the second statement, one can only assume that the Secretary of Labor (and the current Administration) believes that only the government can do anything for anyone and without government “encouragement”, employers would never do anything for their employees.  Remarkable!