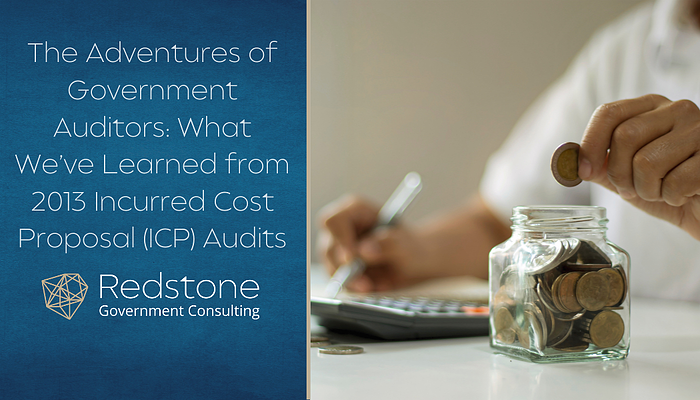 Government contractors having undergone DCAA incurred cost proposal audits during this past year have learned several important trends and lessons, some of which will likely continue into 2014, and produce added administrative hardships for most contractors. Some initiatives undertaken by DCAA in conjunction with the DCMA may mitigate the level and duration of audit effort and hasten contract close-outs for some contractors.  For example, more contractors will most likely be subject to low-risk determination criteria and expand the number of companies who could escape those audits.

We had believed for several years that a more educated and experienced DCAA audit staff would demonstrate enhanced audit proficiency with respect to cost regulations and more practical approaches in undertaking ICP audits, if for no other reason than to expedite reduction of ICP audit backlog.  We had expected a relaxation in DCAA’s audit approach toward exhaustive audit transaction testing plus a better understanding and application of cost regulations in correctly identifying unallowable costs.  Further, we believed that sooner or later auditors would take a more reasonable posture of recognizing when disallowance of cost positions were clearly tenuous with minimal questioned costs allocable to contracts generating the ICP audit requirement.

But we were largely wrong in our predictions given our 2013 experience with our clients, and we unfortunately see little change in certain DCAA ICP audit policies during 2014.  ICP audits continue to take months to complete; exhaustive transaction testing continues with requests for layers of unnecessary documentation irrespective of regulatory records retention periods, and; many audits are not completed until after the six-year Statute of Limitations resulting in government appeals courts frequently rejecting government claims to recover audit questioned costs because of the statute. One silver lining for contractors ICPs for which audit years have exceeded the Statute of Limitations and those audits are not yet started is that DCAA and other audit agencies may wholesale discontinue audits even if in progress.  The agencies may abandon those audits altogether and move on to ICPs where the six-year statutory time frame for asserting a claim has not expired.

Where ICP audits are undertaken, five predictions of audit trends and issues for 2014, in case you have not already guessed, follow: