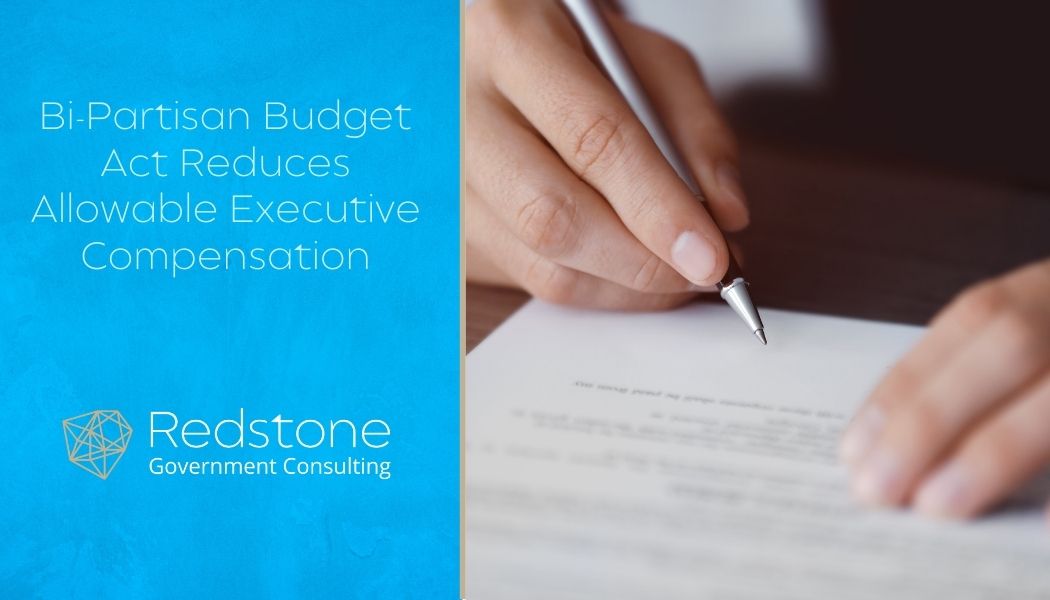 Coming as no surprise, President Obama signed the Bi-Partisan (2014) Budget Act on December 26, 2013 including an executive compensation cap of $487K (coincidentally one-half of the most recent statutory cap of $952,308 and significantly lower than an alternate bill with a cap of $625K).  This maybe Obama’s “crowning achievement” over his two terms proving that if someone (The President) whines enough and ignores all of the regulatory history and the fundamental principle that commercial prices constitute a reasonable cost, he will achieve his goal of forcing large government contractors to absorb more and more of their executive’s compensation.  It should be noted that the prior cap and the methodology was based upon compensation of publicly traded corporations with $50 million or more in revenues; hence, that cap was artificially low considering that a number of large government contractors have revenues in the billions and that executive compensation is correlated to company size/revenues.

In lowering the cap to another artificial (if not arbitrary) cap of $487K, the Government, in a superficial and disingenuous gesture, makes note that government contractors can still pay more than $487K, but they can only claim $487K.  This will ultimately have almost no real impact on Government contract costs because the additional unallowable costs will barely move the G&A rate for the large contractors which are impacted by it---proving that political success is often more of a façade.

It remains to be seen when the Federal Register will publish an interim rule implementing the lower cap and if the Government will once again ignore contract and legal precedence by making the new cap retroactive on existing contracts (determined to be a Breach of Contract in a General Dynamics case).  It also remains to be seen if and how agencies will define exemptions to the cap for highly skilled positions such as engineers and scientists.  Apparently other professions, including CEOs, COOs and CFOs are not highly skilled positions unless the incumbent happens to be an engineer or scientist.   In the context of highly skilled positions, it is all too obvious that neither Congress nor the President qualify for that moniker in application to procurement regulations.  Just one more reason why no commercial company should even consider government “cost-type” contracts which continue to redefine full cost recovery (i.e. lower the amounts of allowable/recoverable costs).