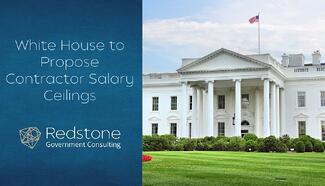 President Obama will purportedly send to Congress proposed legislation this week which will cap reimbursement of all government contractor employee annual salaries at $400,000, the President’s annual (base) salary.  The proposed legislation is an expansion of the FY 2013 National Defense Authorization Act (NDAA) approved in early CY 2013, applicable only to Department of Defense Contracts, which would ostensibly apply to all government contracts awarded by civilian government agencies, and elevate the cap from the previously debated ceiling of $230,700 (Vice-President’s salary) to the $400,000 amount.

The administrator of the Office of Federal Procurement Policy (OFPP), Joe Jordan, released a statement that the President is committed to the ongoing policy of “buying smarter” and ending “wasteful, fiscally imprudent contract spending”.  The current contractor executive employee annual salary cap of $763,000, according to an Government Executive online article, could rise to $950,000 after OMB releases its findings presumably based on updated salary survey data.