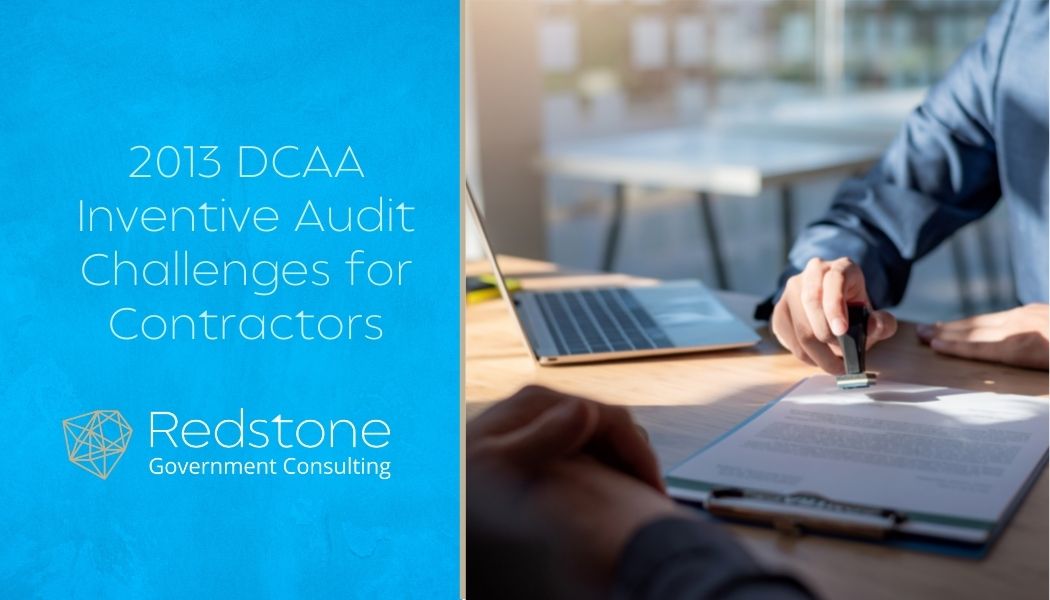 As 2013 begins, the most significant challenge for all government contractors is sequestration (or major government agency budget reductions). We do know that there will be fewer procurement dollars and in doing its part to reduce government spending, DCAA (Defense Contract Audit Agency) has one clear self-declared mission, “Protecting the Taxpayer” even when such protection is inconsistent with applicable regulations as well as published decisions related to contract disputes.  Although there are ultimately more than four challenges, we believe the following categories top the list where DCAA assertions are  ”out on a regulatory limb” in challenges for government contractors.

Access to Records.  In 2012 DCAA issued two audit policies which signaled new or continuing challenges in terms of DCAA’s very aggressive strategies to obtain any and all contractor records.  These included Access to Contractor Internal Audits (12-PPS-019) and Contractor Attorney Client Privileged Documents (12-PPS-018).  DCAA has chosen to ignore long-standing case law (Newport News) as well as fundamental legal principles (attorney-client privilege) as if neither applies to it.  Unfortunately, DCAA’s audit policies make reference to its subpoena authority (used once in the last 30 years).   Naïve but very aggressive field auditors have cavalierly threatened contractors with the DCAA subpoena as if that field auditor can simply print it out and email it to the contractor.  The overriding message, if DCAA asks for something, it is not going to simply go away if the contractor does not provide it.  The fact the field auditor is wrong because DCAA as an agency is misinterpreting the regulations and telling the field auditor that he/she is correct appears irrelevant.

Adequacy Checklists. DCAA’s self-serving “adequacy checklists” have made life miserable for government contractors whose long standing practices are now challenged as “inadequate” based upon a highly subjective checklist very loosely based upon a regulation.  Checklists include those for Incurred Cost Proposals, Individual Pricing Proposals, Forward Pricing Rate Proposals, and even one for Claims (for which there is absolutely no regulation which prescribes any particular form or format for a claim).   Contractor proposals are rejected as inadequate in large part to make it appear that DCAA audit inefficiencies are the result of inadequate contractor proposals.

Reasonableness & Documentation. Reasonableness and Documentation, FAR 31.201-3 and 31.201-2(d), respectively, have become DCAA’s most ubiquitous basis for disallowing incurred costs.  Neither regulation was written to be randomly applied as a government “challenge at will” wildcard, but that seems to be the case within incurred cost audits.  Reasonableness is ultimately more troublesome because the regulation shifts the burden of proof to the contractor if a review of the facts results in a challenge to a specific cost.    In contrast, documentation in FAR (adequate to demonstrate that costs were incurred, allowable and allocable) contains nothing specific thereby making it convenient for DCAA to subjectively assert that the contractor documentation was insufficient.  This issue is highly predictable in a situation where DCAA requests a number of records to support a cost.  If the contractor does not provide (or cannot locate) all of the requested records, DCAA will question the cost.  On documentation, CDA resolutions do not support DCAA, but DCAA apparently has selective literacy of case law.

Executive Compensation.  In spite of its very embarrassing losses in two ASBCA cases (JF Taylor and Metron), DCAA continues to apply exactly the same “statistically flawed” compensation benchmarking in evaluating the reasonableness of contractor executive compensation.  As a part of the DCAA incurred cost audit DCAA continues to apply its benchmarking using its compensation surveys as if there were no relevant ASBCA cases. DCAA’s unofficial motto apparently remains:  “We prefer to believe what we prefer to believe true.”